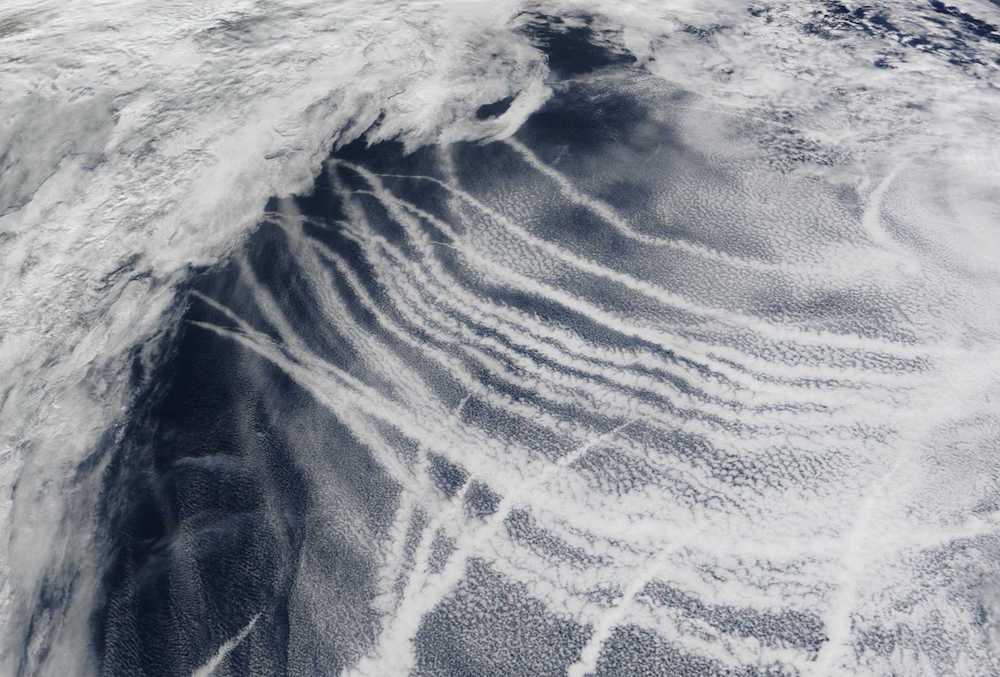 A 2009 NASA image taken over the North Pacific shows clouds forming around the exhaust of passing ships.
© NASA

The results of recent research, conducted at America’s Pacific Northwest National Laboratory, and published in the Geophysical Research Letters, a journal, show that the soot does indeed increase the rate at which ice melts, but the sulfur contained in ships’ emissions leads to the formation of clouds that reflect the sun’s energy. It comes to a cooling effect that outweighs warming caused by sook-darkened surfaces, according to the research. After considering things like projected increases in shipping and the seasonal changes in sea ice, the scientists calculate that shipping could reduce temperature increase by as much as a degree Celsius. And, with cooler temperatures, sea ice losses would also slow, they reckon.