Australia: Why is petrol so expensive? 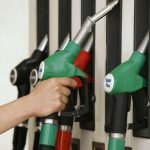 Fuel prices recently hit their highest level in four years in Sydney. The News South Wales Government’s Fuel Check Website reported prices up to 165.9 cents a litre across Sydney with the majority of service stations charging upwards of 155 cents. The cheapest that could be found was an independent station deep in Sydney’s west, charging 139.9 cent a litre. In Melbourne, it’s very much the same, with prices peaking at 171,9 a litre, while Brisbane is at around 157 a litre.

Not long ago, motorists were enjoying the relative bargain basement prices of around 130 cents a litre. So why do petrol prices fluctuate so wildly in such a short period of time, and even between outlets in the same city? And why is petrol so expensive right now?

“There are a number of factors, like the exchange rate and oil prices. When the Australian exchange rate depreciates, it will increase the prices of imported oil. And there are also micro factors like retailer competition and other local issues, that set the price to pay at the bowser. Major oil companies are trying to set their prices in such a way that their behavior is less detectable. When the rate depreciates or oil prices go up, petrol prices in Australia shoot up like rockets. But when the opposite happens, and exchange rates or oil prices go down, petrol prices go down like a feather. It’s rocket and feather stuff” said Abbas Valadkhani, professor of economics at Swinburne University.

The Australian Competition and Consumer Commission (ACCC) advises citizens of price cycles in the petrol industry, where some days are cheap and some days more expensive, as price cycles are the result of deliberate pricing policies of petrol retailers, and are not directly related to changes in wholesale costs.