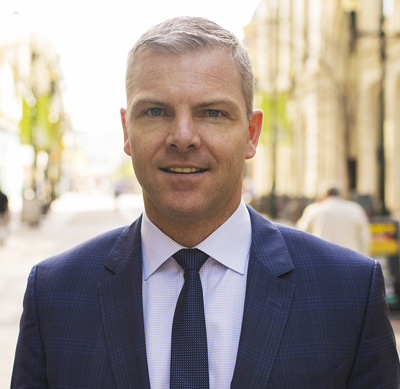 Tim McMillan, president and CEO of CAPP: “We are pleased the pipeline will be built. It has full regulatory, legislative, financial and political backing of the highest level of government and will ultimately be returned to the private sector where it belongs.” © CAPP

Canada’s commitment to be a global energy supplier

The world’s population will exceed nine billion people by 2040, resulting in increased demand for all forms of energy. Oil and natural gas is expected to represent 52 per cent of the total energy mix, according to the International Energy Agency (IEA). Canada has decided to make a long-term investment into its oil and natural gas industry. With this investment comes the opportunity to reach new markets and provide the world with responsibly produced product.

The Government of Canada’s acquisition of the existing Trans Mountain Pipeline System and the construction of the Trans Mountain Expansion Pipeline (TMEP) is a commitment to the future of Canada’s oil and natural gas industry. It is critical infrastructure and the government wants this to be a success, but it must ensure the project is managed responsibly to prevent cost overruns due to the continued opposition from British Columbia government.

The construction of the TMEP will begin to restore confidence in Canada’s energy sector. This project will enable the creation of jobs and prosperity for a new generation of Canadians. Ottawa’s investment shows that organized activists cannot derail projects that are in the best interest of Canada.